29 August 2001 – Bolivia is the second poorest country in South America and has the highest percentage (97%) of rural poor in the world, according to the UN. I look out at the poor in the countryside and wonder if levels of poverty really matter to poor people in Africa, Pakistan, Bolivia or anywhere else in the world. Poor is poor.

Here, electricity has made its way to homes near nothing and potable water taps are popping up more often in the hills and countryside due to a Western aid. Rural homes are built of mud and topped with thatch, horses and donkey carts serve as transportation for many. I remember noticing satellite discs in rural parts of Africa, but we see none in the far reaches of Bolivia.

About 60% of Bolivia’s population are purely indigenous with two Highland Indian groups: three million Quechua, who speak the Inca mother tongue, and about one million Aymara, who live in La Paz and north of the Altiplano, where the direst poverty prevails. In the countryside, many of the Indians do not speak Spanish, but the push, via foreign aid programs, to educate the young, no matter where they live, is increasing the likelihood that young ones will speak Spanish and perhaps migrate to the larger cities, where work is more likely to be found. 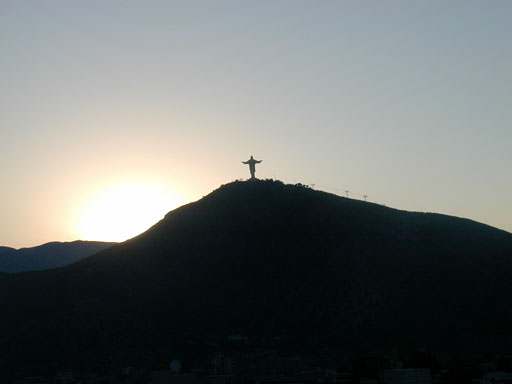 The statue of Christ overlooking Cochabamba is ... 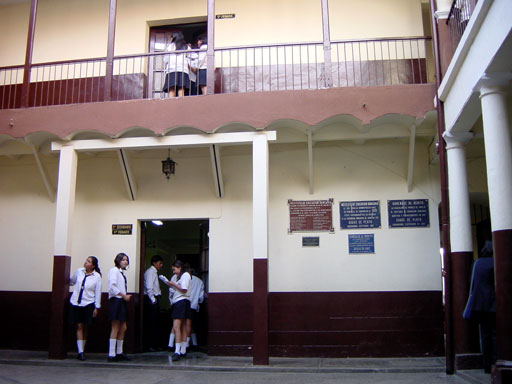 Students at the Instituto de Educacion 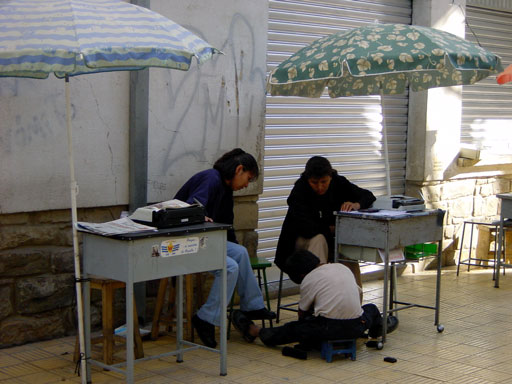 These two ladies at desks with typewriters are ... 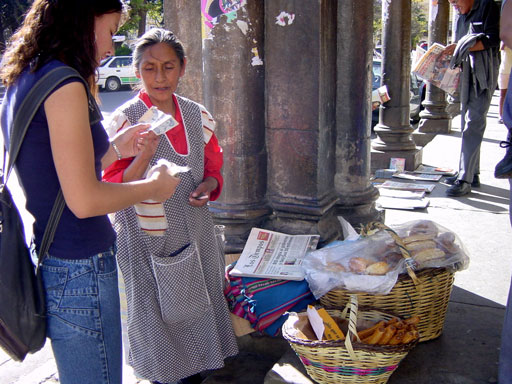 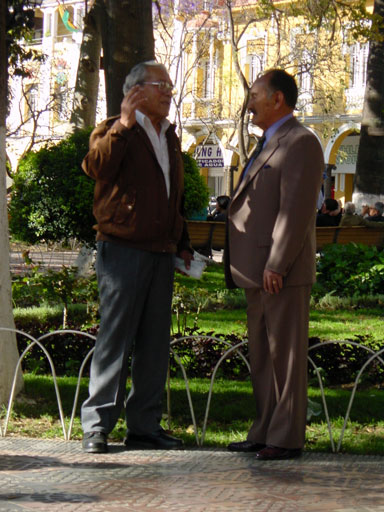 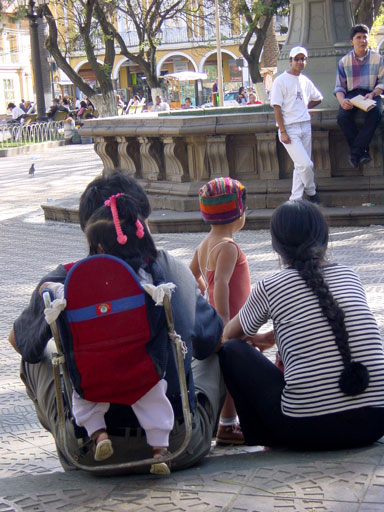 Back view (the long braid is common on adult Bo... 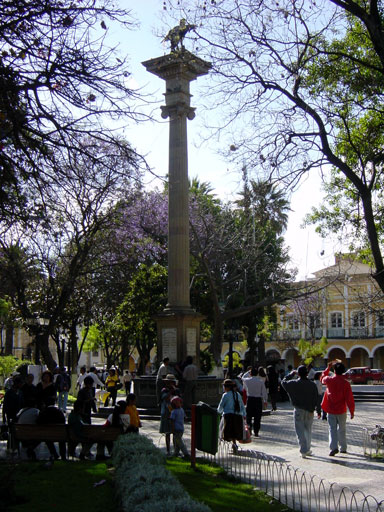 In front of the Cathedral 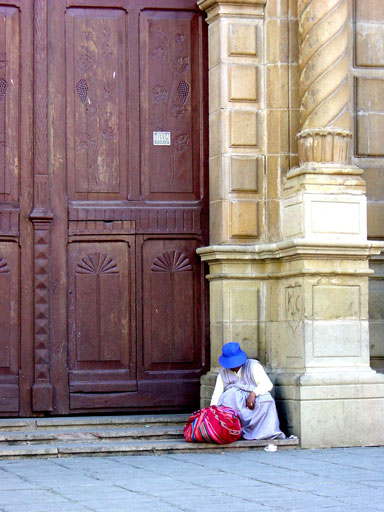 The doors to religious institutions everywhere ... 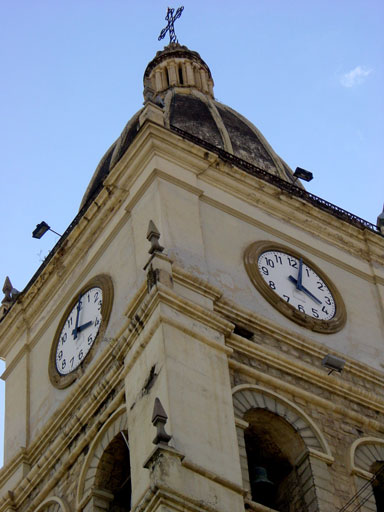 View of the Cochabamba Cathedral 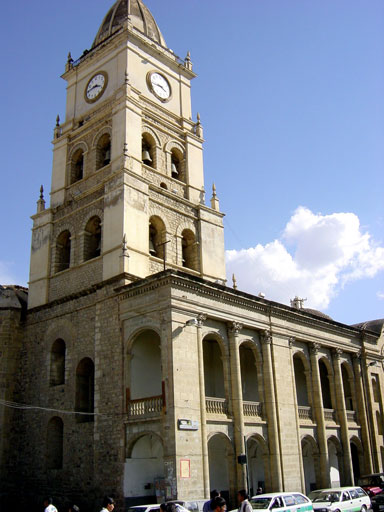 The neoclassical Cathedral dates back to 1541, ... 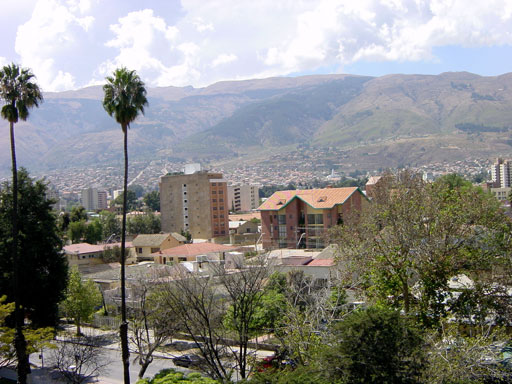 Cochabamba lies in a valley with the Andean Mou...