6 October 1999 – Kong Hans Kaelder restaurant, located in the oldest building in Copenhagen, offers a medieval atmosphere having been constructed half a millennium ago. Hans Christian Andersen penned ‘Love in Nicolai Tower’ in this building three hundred years after its creation.

The basement-level eating establishment, which opened in 1976, includes an open kitchen where you can see the chef and his apprentices preparing fabulous dinner. Several small dining rooms have stark white stone walls, a floor of large cobblestones and no art gracing the walls. Crevices and niches in the walls are used to store crystal wine, water and martini glasses. Every dish is brought to the table on a highly polished silver serving tray.

The food is as delicious as the surroundings are appealing. We ordered a South African Chardonnay and then were served a complimentary feta mousse, which was a bit too strong for my taste but the consistency was as light as a feather. I ate foie gras in three preparations – the lightly pan-grilled version was absolutely mouth-watering. Jim began with the server’s recommendation – sautéed scallops served with wild mushrooms. He said his dish was delicious and didn’t share a morel! We both then ate the grilled turbot, which was prepared to perfection with black mushroom flakes over the fish and pureed potatoes underneath. Onions/leeks, which looked almost like fettuccini, sat in a small pile by the fish and a dainty copper pot with lid held a pasta/bread type creation. For dessert we shared valrhona chocolate in five variations, which included an unbelievably delectable chocolate soufflé.

If you’ve read my comments on Bagatelle’s in Oslo, you know that restaurant received two stars from the renowned Michelin guide, but we were most disappointed by the food. Kong Hans Kaelder receives only one star from Michelin but we thought the food and setting were mere perfection. 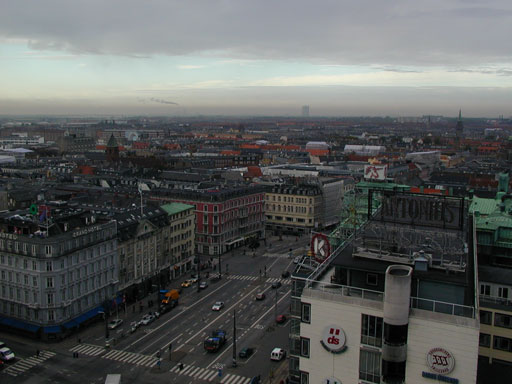 Copenhagen is Scandinavia's largest city with a...