15 April 1999 – We found a two-star hotel with huge rooms, thin cotton towels and hot water available from 8 p.m. until midnight and then 7 a.m. to 8 a.m.. Plus, breakfast is included in the US$30 room rate. Life gets no better. After checking in, we immediately walked the streets noticing hundreds of people in the park. A loud speaker played music while townspeople waltzed. Unfortunately, we arrived at the last dance. Once the music stopped, more than 100 Chinese circled Jim and me. An old man spoke while pointing at my eyes and someone translated, “He wants your round, blue eyes!” Jim and I laughed. Our interpreter Mr. Yuan explained, “These Americans are traveling around the world and they love China.” The cheerful crowd continued to enlarge, and we stood like statues as people simply stared at us. A little boy poked at Jim in amazement and women stroked my hair. Finally, we began our walk home, with a mob following every step. 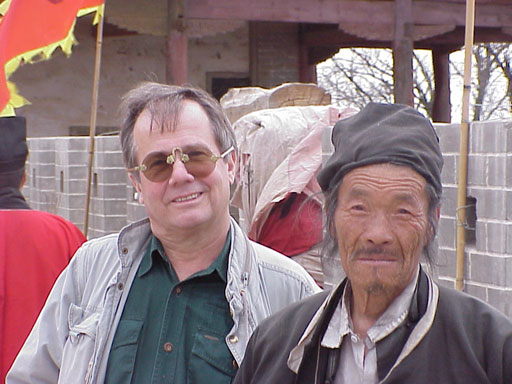 Jim with a Taoist follower 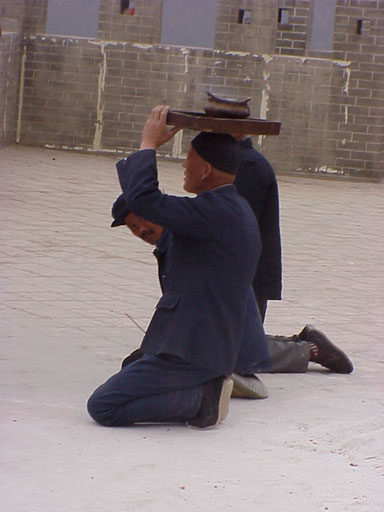 Monks participating in the rain ceremony After climbing the many stairs, Jim and I found... 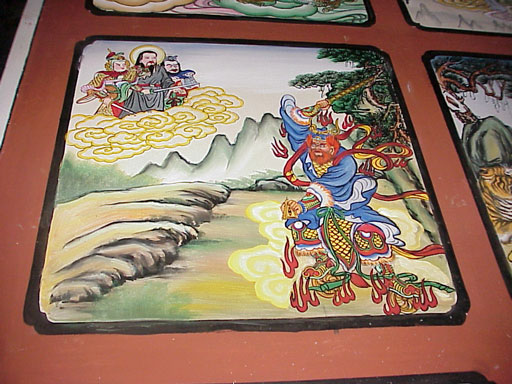 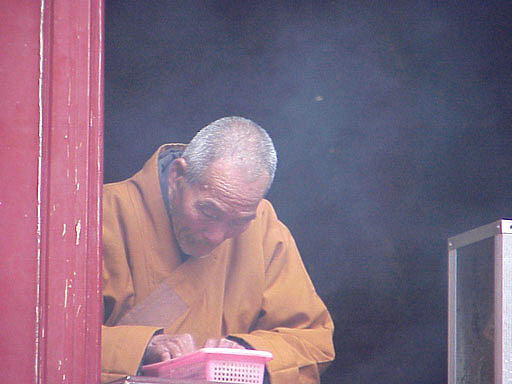 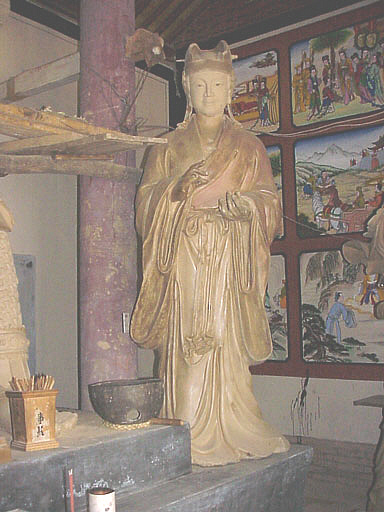 Ornamentation inside a Taoist monastery 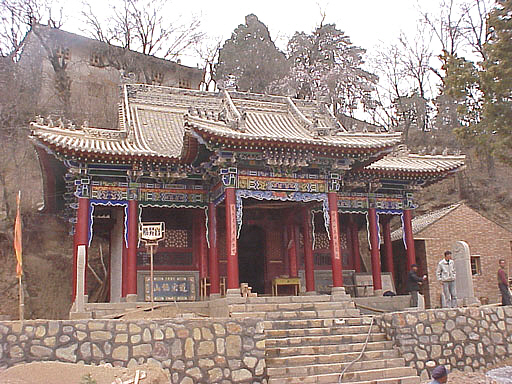 One of several ornate structures at the Taoist ... 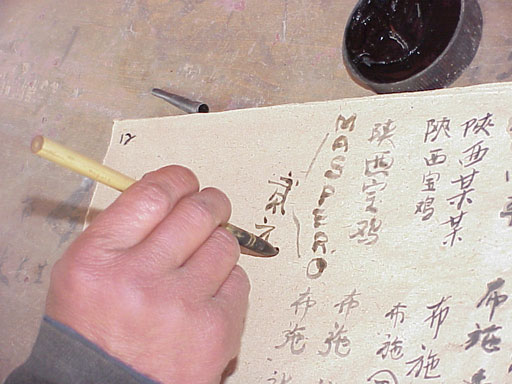 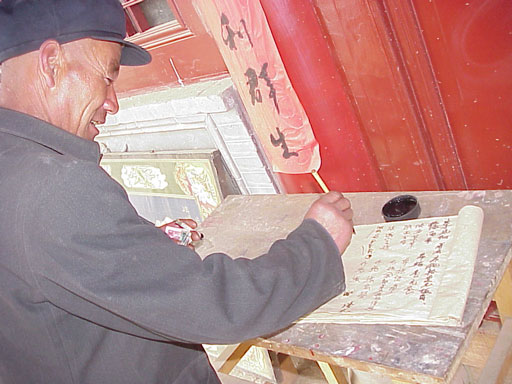 The art of Chinese writing 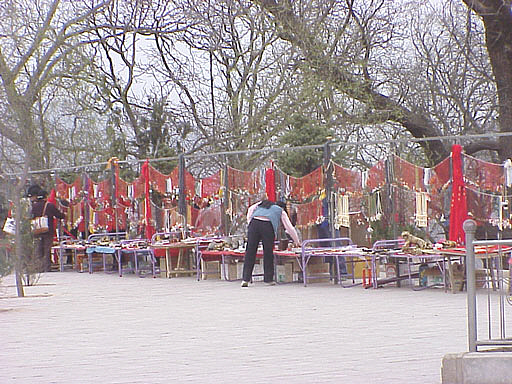 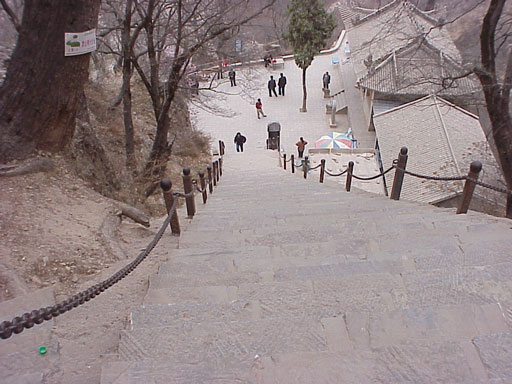