Within half an hour of going out for a late afternoon game drive, we came upon 10 elephants of all ages, right beside the dirt path, using their enormous tusks to eat from acacia trees studded with thorns. We passed common (Burchell’s) zebra, Grant’s gazelle, warthogs, impala, Thompson’s gazelle, guinea fowl, various birds and two lionesses with cubs. In the vast golden plain, one lioness rested on her back with legs dangling in the air, just as Caesar, my parents’ dog, does in the back yard. A few minutes later we eyed a cheetah with three cubs, then a well-camouflaged leopard up a tree and later two cheetah devouring a Grant’s gazelle killed just moments before we arrived. I could hear the sleek animals tearing meat with vengeance from the dainty antelope, but the cheetah popped up every few minutes to scout for approaching hyenas, who can smell a scent from 10 km away, vultures and lions. 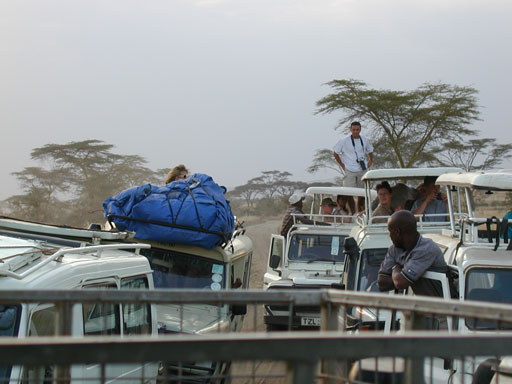 A cheetah kill draws quite a crowd in the Seren... 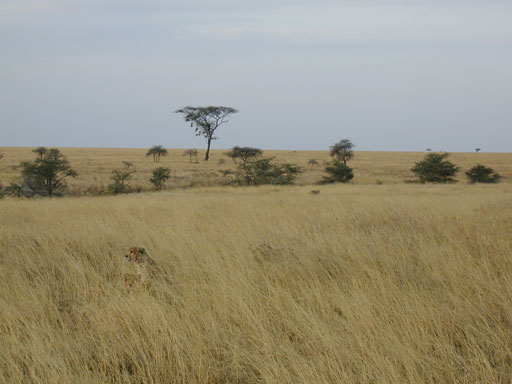 With blood-covered faces, a couple of cheetah d... 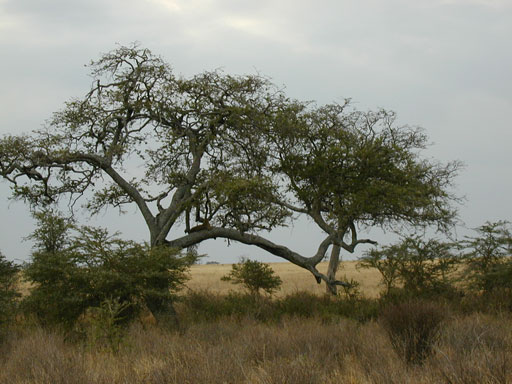 Leopard lounging on a branch – these are soli... 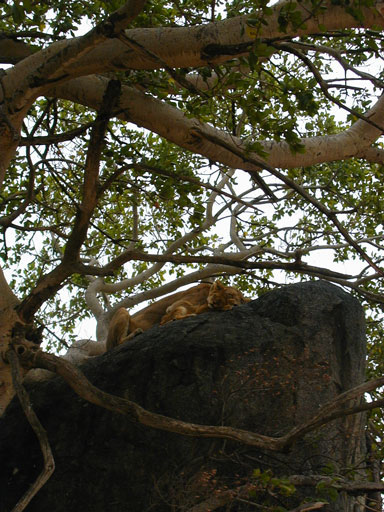 Lions rest during the day so they can hunt, pla... Legs in the air and asleep on her back, this li... 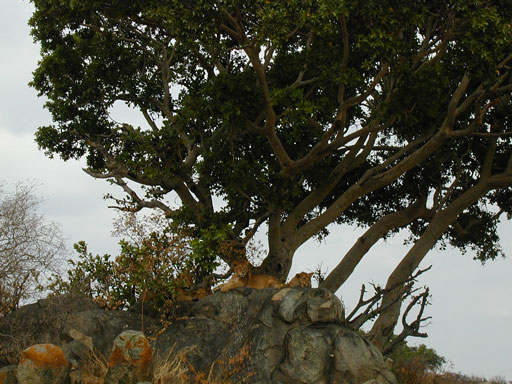 Lion cubs rest on one of the many rock formatio... 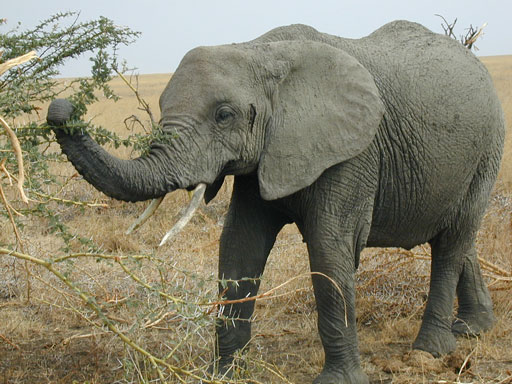 The African adult elephant can consume up to 25...

The vast, open plains of the Serengeti allow al...