Recently, we have experimented with Mexican wines, which we figured would be potable, but not outstanding. A couple of nights ago, we drank a Monte Xanic Cabernet Sauvignon 1996, which was priced higher ($400 pesos or US$44) than most of the French and Chilean wines at Fonda del Refugio. The medium colored red wine was light, a good table wine, but not one to stock the cellar. And, we’re fairly certain one of the cheaper European or South American wines would have been a better – bigger and bolder – complement to our beef.

Tonight, at Estoril, we tried a Duetto Santo Tomas Cabernet Sauvignon 1997, quite costly at $750 pesos (US$83) and, again, far more expensive than equal wines from Chile, Argentina and Europe. I really liked this wine, while Jim thought it good, but not as outstanding as I did. We’ve not had wine recently, so this could have influenced my adoration. No matter, the wine certainly cost too much, and if we weren’t in Mexico, sticking to our tradition of drinking the local drink, then we certainly would have chosen a similar tasting, but less expensive South American or French wine. 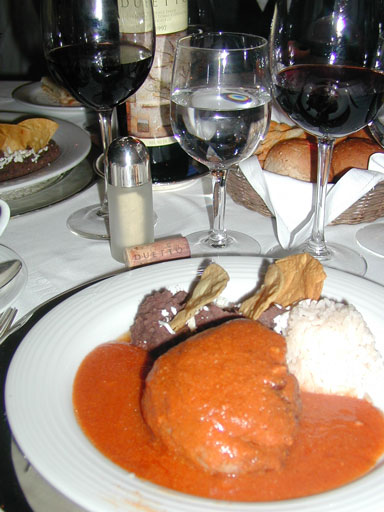 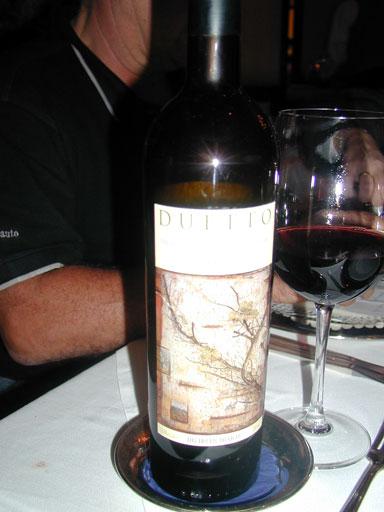 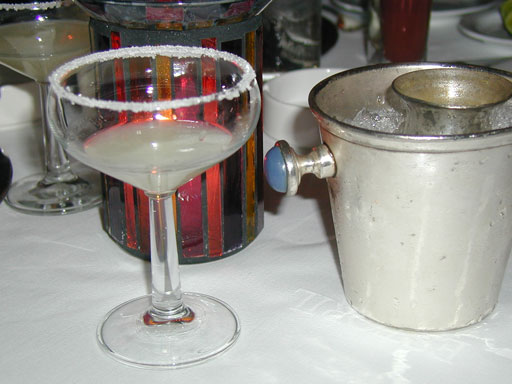 The fanciest margarita we've ever seen, with te... 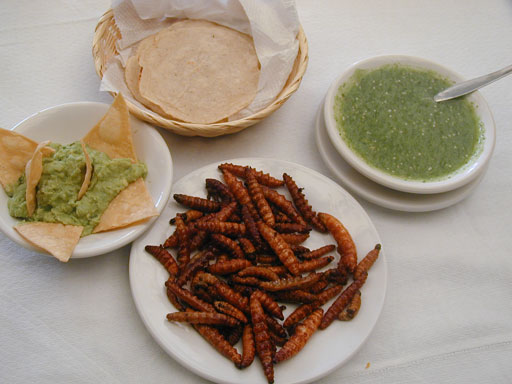 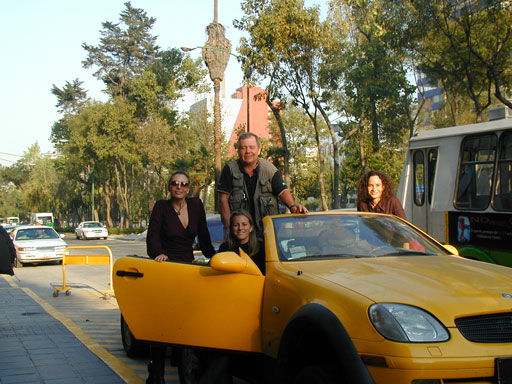 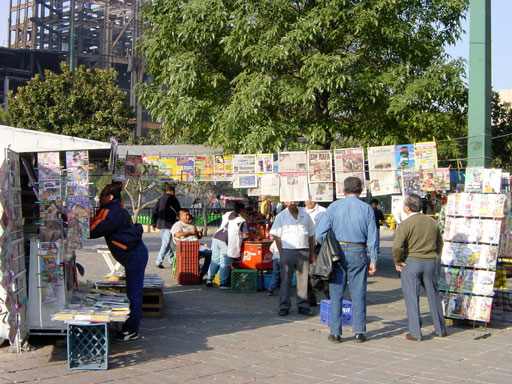 Reading in the park 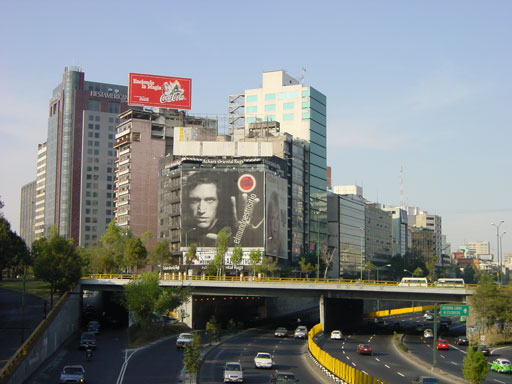 Parts of Mexico City are well developed, as one... 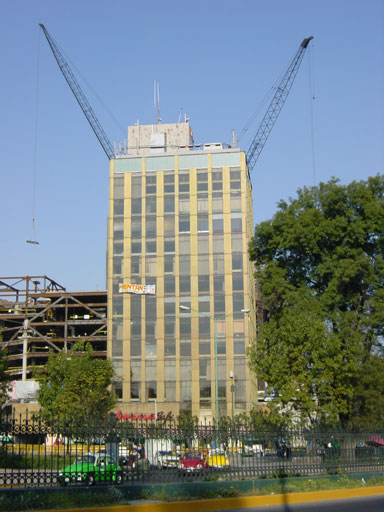 Mexico City has the most active construction ma... 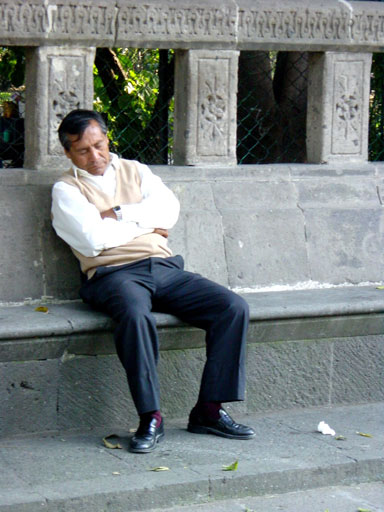 Not everyone is happy with the museum. 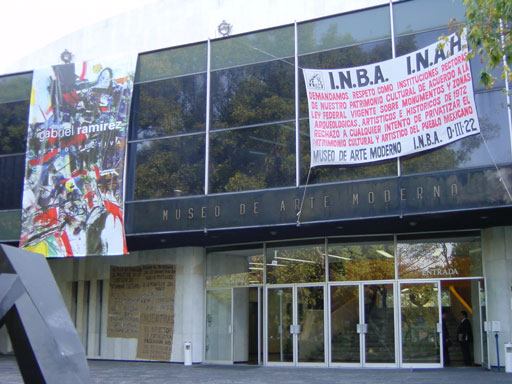 The Museum of Modern Art is a showplace for con...