Our first visit in Rome: the Sistine Chapel inside the Vatican Museums, which occupy space in the palaces built by the popes starting in the 13th century. On the walk to the Sistine Chapel we passed through the map room, which impressed me tremendously – walls graced with vivid, grand frescoes of maps with blue and green as primary colors and an even more ornate colorful ceiling painted with golden cherubs on intricate woodwork.

The Sistine Chapel (Cappella Sistina) was packed with hundreds of tourists looking directly up at the magnificent ceiling painted by Michelangelo from 1508 to 1512. The ceiling shows scenes from the Bible – Creation, the Flood and The Last Judgment (added by Michelangelo later in his life, 1534).

No longer are you allowed to sit on the floor and look up to observe the artwork. Signs show this is not permitted. I read that in the 18th and 19th centuries people used mirrors to view the ceiling so their necks would not ache. I tried this, but found leaning my head back offered a much better view than a mirror. When seeing this historical masterpiece, who cares if your neck aches?

Inside the basilica, the first chapel on the right has the much-visited and photographed Pieta, which Michelangelo carved from 1499-1500. This marvelous marble piece brought tears to my eyes due to its obvious innocence in Mary and the sadness and frailty in Jesus. When viewing this work, I wondered at what point art and faith blended in the mind and heart of Michelangelo. 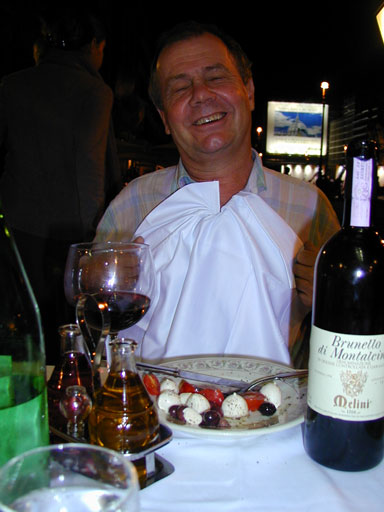 Lasagna with a little Brunello di Montalcino to... 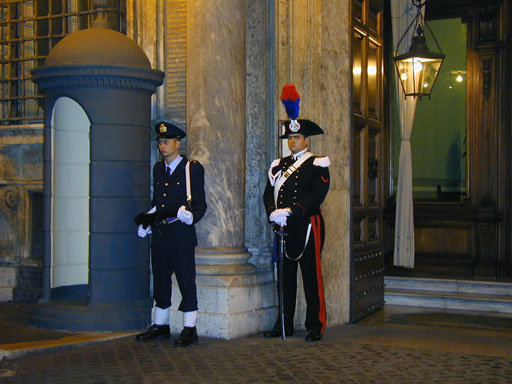 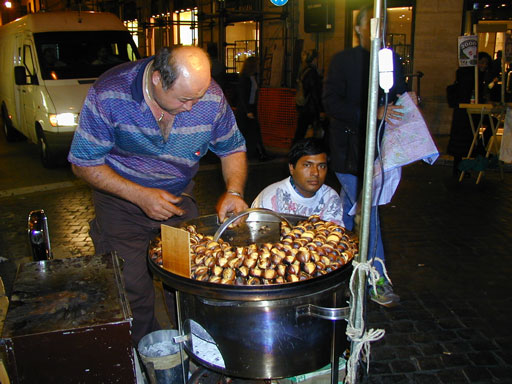 A view of Rome from atop St. Peter's Basilica

Domes and towers on the roof of St. Peter's Bas... 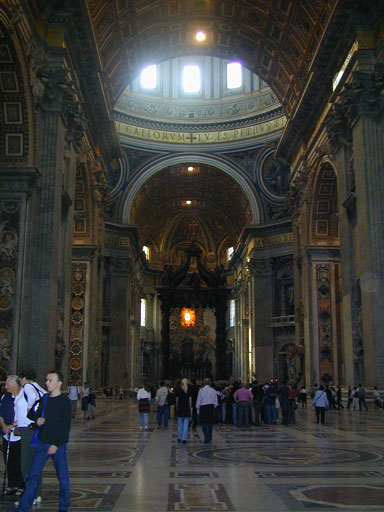 The Basilica is a mammoth structure, covering 1... 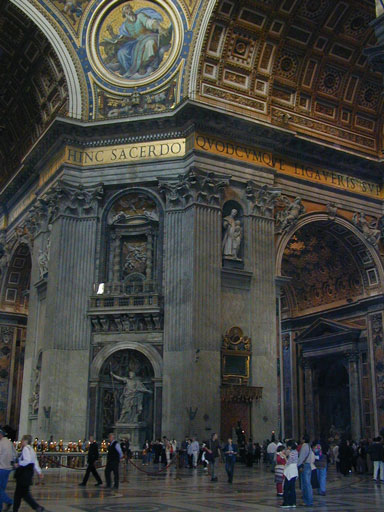 Inside St. Peter's Basilica you could spend a d... 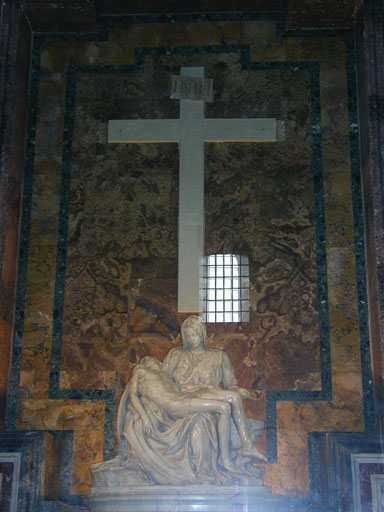 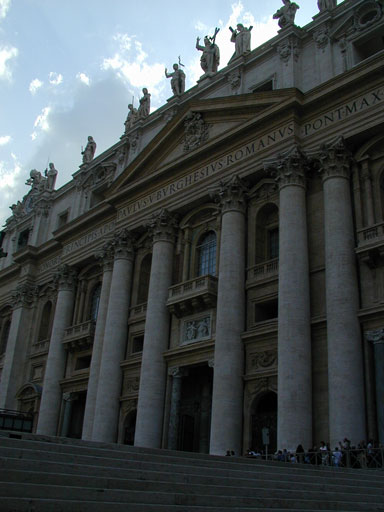